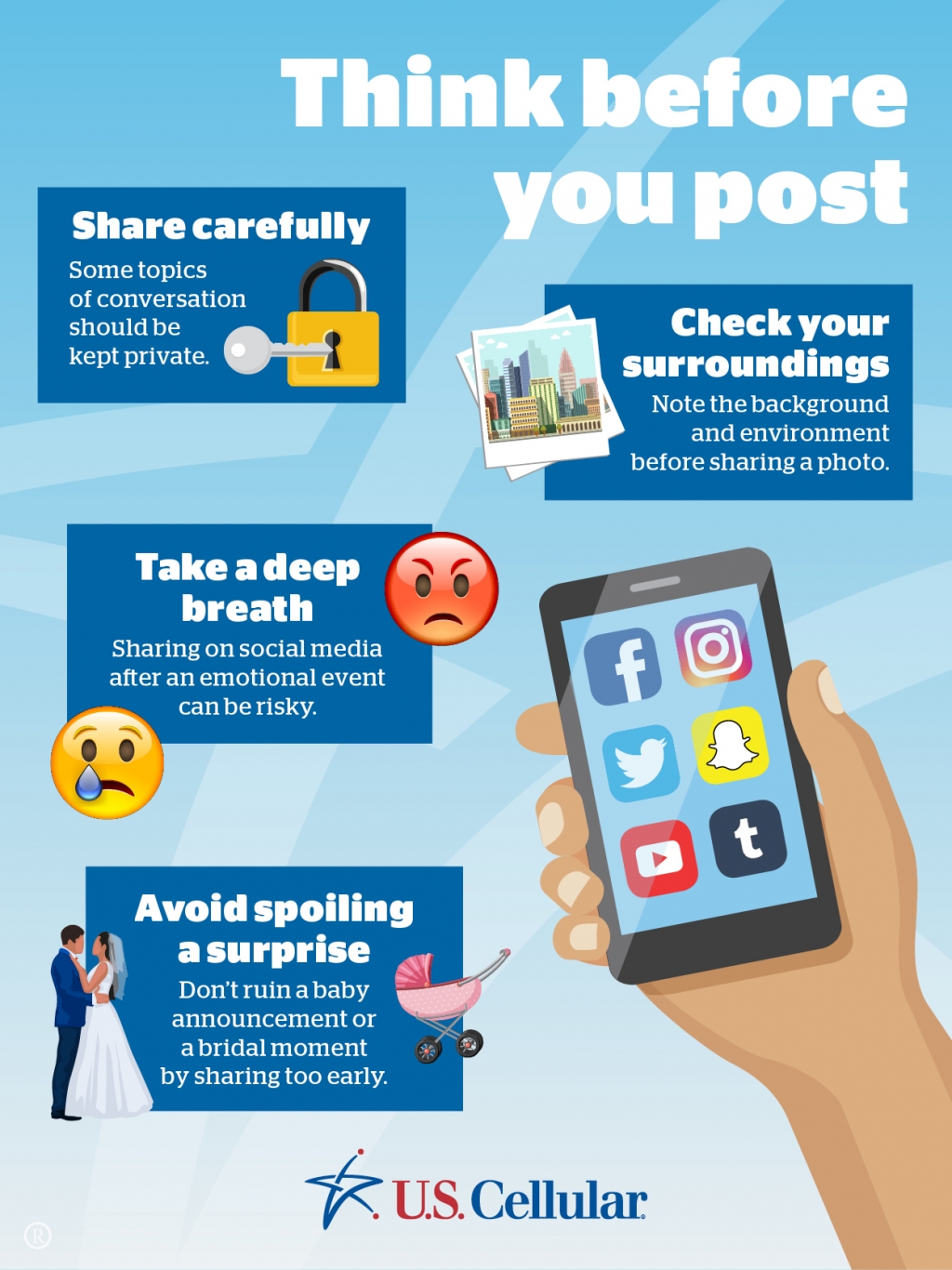 U.S. Cellular Survey Shows Users and Those Around Them Have Different Opinions

U.S. Cellular Survey Shows Users and Those Around Them Have Different Opinions

With the newest technology right at our fingertips, it can be easy to get caught up in the virtual world instead of staying in the present. While smartphone reliance increases, so does the importance of phone etiquette. This Cellphone Courtesy Month, U.S. Cellular is sharing its research findings that shed light on America’s most frequent and annoying cellphone habits, in order to help raise awareness of cellphone courtesy.

According to a recent U.S. Cellular survey¹, 56 percent of smartphone owners believe that no one gets upset at them for their phone use, however, 71 percent of the same people get upset at others.

In honor of Cell Phone Courtesy Month this July, U.S. Cellular is pointing out some of the top offending habits and some tips for practicing good cellphone etiquette.

• Looking at a device while walking: While we all lead busy lives and multitasking is often the answer to our problems, 61 percent of smartphone owners get annoyed when people stare at their phones while walking. It’s important to look up and check the surroundings as 36 percent of smartphone owners have had someone walk into them because they were on their phone and 24 percent have personally walked into someone or something because they were on the phone.

“At U.S. Cellular we know how important a high-quality network with nationwide coverage is when you are using your cellphone,” said Nathan Waddell, director of sales for U.S. Cellular in the Mid-South. “Cellphone Courtesy Month is the perfect reminder that phone etiquette is important in enhancing not only your online experience, but also the time you spend with family and friends.”

Abide by these tips in the month of July and beyond to ensure proper phone etiquette. Along with putting down the phone at inappropriate times for use, remember to use proper etiquette when using the phone as well, such as responding to texts in a timely manner, choosing calling over texting when tone and delivery of a message are important and avoiding excessive texting in group messages.

¹ Between Nov. 10-17, 2016, a total of 701 online interviews were conducted among a nationally representative sample by Consumer Insights, in partnership with Maritz CX.

4G LTE service may be provided through King Street Wireless, a partner of U.S. Cellular. LTE is a trademark of ETSI.

• Ask a friend before posting about special occasions. The ability to instantly document a friend’s wedding day or a special announcement is a wonderful benefit of social media. To avoid spoiling a surprise like a special baby announcement or what the bride is wearing before she walks down the aisle, ask a friend about the post’s timing to confirm its appropriateness.

• Check the background before posting a photo. Instagram has become especially popular due to its visual nature. Many users gravitate to this app because they can consume mostly photos and less detail. In order to ensure a positive photo post, it is important to check the background of any picture before sharing it on social media. Users may have a great photo, but the surroundings could compromise the message they originally intended to share. It is always a good idea to be observant of any photo before posting it online.

• Be careful when engaging in an online conversation. Facebook statuses and tweets are often very conversational in nature. Users enjoy having discourse with their social community, but being mindful of the tone is key. Sometimes these topics of conversation are somewhat controversial and require a more delicate approach. Keep in mind that anything said publicly online can be read by someone not participating in the conversation. Sharing, retweeting and engaging in conversation are great ways to build a larger social media following, but be careful of communicating with others through these public platforms.

About U.S. Cellular
U.S. Cellular is the fifth-largest full-service wireless carrier in the United States, providing national network coverage and industry-leading innovations designed to elevate the customer experience. The Chicago-based carrier offers coverage where the other carriers don’t and a wide range of communication services that enhance consumers’ lives, increase the competitiveness of local businesses and improve the efficiency of government operations. U.S. Cellular has the Highest Wireless Network Quality Performance in the North Central Region, according to the J.D. Power 2017 U.S. Wireless Network Quality Performance Study, and 99 percent of customers have access to 4G LTE speeds. To learn more about U.S. Cellular, visit one of its retail stores or uscellular.com. To get the latest news, promos and videos, connect with U.S. Cellular on Facebook.com/uscellular, Twitter.com/uscellular and YouTube.com/uscellularcorp