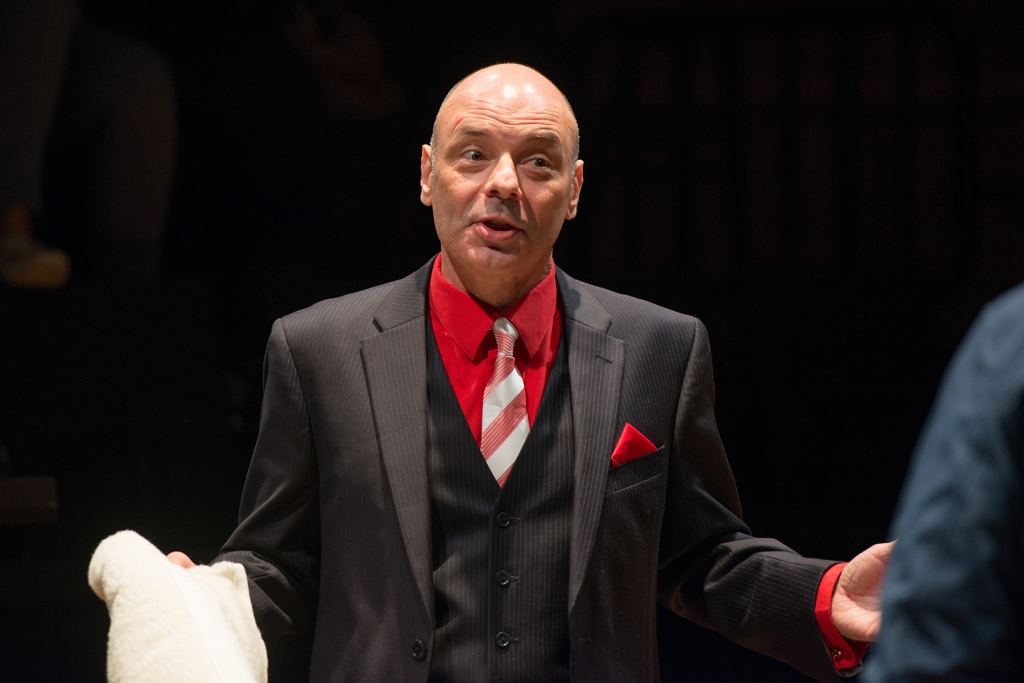 Shepherdstown, W. VA: Known nationally and internationally for its professional cultivation of vibrant…

Shepherdstown, W. VA: Known nationally and internationally for its professional cultivation of vibrant new plays, the Contemporary American Theater Festival (CATF) at Shepherd University welcomes the 2018 company to Shepherdstown, West Virginia. Each July, artists from around the country, including cities such as New York, Chicago, and Los Angeles, gather in historic Shepherdstown to create the future of American theater.

CATF audiences might remember returning members of the acting company: Bianca LaVerne Jones (the world premiere of The Wedding Gift in 2016); Jessica Savage (Byhalia, Mississippi and the world premiere of Everything is Wonderful in 2017); Joey Parsons (Not Medea in 2016, the world premiere of Gidion’s Knot in 2012, and Fifty Words in 2009); and Lee Sellars. The 2018 season marks Sellars’ eleventh season with the Festival. His notable CATF performances include On Clover Road in 2015; Rounding Third in 2004; and Pig Farm in 2008.

Experienced and talented professional designers descend to the epicenter of American theater the last week of May to continue working on the season’s plays. The Festival’s scenic designers are David M. Barber, Jesse Dreikosen, and Luciana Stecconi. John Ambrosone, Tony Galaska, and D.M. Wood are the lighting designers. Costuming these productions are Trevor Bowen, Therese Bruck, and Sarita Fellows. Toy Deorio, Elisheba Ittoop, and David Remedios are CATF’s 2018 sound designers. Taran Schatz is the video designer/engineer for A Late Morning (in America) with Ronald Reagan, which will also feature original compositions by Dewey Dellay.

A strong and robust group of staff members, fellows, and interns round-out the Contemporary American Theater Festival’s 2018 company. The entire company will gather together to read the 2018 scripts before separating into their teams to build, design, construct, and rehearse.

CATF’s 2018 motto, Feed Your Head, promises audience members and artists alike their minds will be stimulated and satisfied by the season’s daring and thought-provoking plays. The 2018 Festival line up is: The Cake by Bekah Brunstetter, directed by Courtney Sale; and the world premieres of Berta, Berta by Angelica Chéri, directed by Reginald L. Douglas; Memoirs of a Forgotten Man by D.W. Gregory, directed by CATF Founder and Producing Director Ed Herendeen; Thirst by C.A. Johnson, directed by Adrienne Campbell-Holt; A Late Morning (in America) with Ronald Reagan by Michael Weller, directed by Sam Weisman; and The House on the Hill by Amy E. Witting, also directed by Herendeen.

The 28th Season of the Contemporary American Theater Festival runs July 6-29 with Pay-What-You-Can Previews July 1-5. For more information about the ultimate theater experience or to purchase tickets, visit CATF online at catf.org or call the box office at 800-999-CATF (2283).